Fayetteville, Arkansas Is One of the Best Places to Live

Voted Best Places to Live in the U.S. in 2021-2022. Fayetteville is a charming college town in the beautiful Ozark Mountains and one of the larger cities in the heart of Northwest Arkansas.

https://www.assemble.inc/blog/cities-where-your-dollar-goes-the-furthest – Northwest Arkansas is #9.  Also says NWA has 7X the national average of headquarters and management employees. https://finance.yahoo.com/news/top-10-cities-working-parents-110044555.html?guccounter=1Smart Asset’s study on best places to live as a working parent – Fayetteville #7

U.S. News and World Reports ranked Fayetteville 21st in the 2020 list of The 25 Best Places For Young Professionals and voted 4th Best Places to Live in the U.S. in 2021-2022. Fayetteville has received numerous national awards in recent years including: U.S. News and World Reports ranked it # 8 Best Place to Live and Livibility #8 in the Top 10 Places to Raise a Family in 2018 as well as a list of others.

The main campus of the University of Arkansas is located in Fayetteville and is one of the city’s top employers as well as a cultural hub.   Fayetteville is in one of the fastest growing areas in the United States due to the fact that 3 major Fortune 500 companies are located in the area.   Although Fayetteville is quickly growing, it still has small town charm.  Residents from all over the world call Fayetteville home but when you meet locals on the street and they’re likely to say “hi” and wave to you.  During all this growth, the city has developed into a center of culture, commerce, entrepreneurialism and higher education.

Fayetteville is known for being a sports hub for the University of Arkansas and when there’s a home game you can feel the excitement in the air.  The metro area has an active local food movement, live music venues as well as a dynamic festival scene hosting roughly 180 festivals per year.  In addition, Walton Arts Center, in the middle of town, hosts a number Broadway productions.  The city has a thriving arts scene for those who enjoy the arts.  In addition, the city has numerous recreational activities and events throughout the year.

Fayetteville has so much going for it that contribute to its high rankings which include: one of the lowest unemployment rates in the country even during the pandemic; a lower cost of living than many other cities in the United State; however, the rapid growth is increasing the cost of housing; a low crime rate, a thriving job market; numerous public and private schools from preschool to college level and community focus with a number of volunteer organizations and non-profits working to enhance life and opportunities.

Fayetteville has numerous urban, community and neighborhood parks, 3 lakes and has developed a native grass program to plant native Arkansas prairie grasses along the trails.  Fayetteville has four seasons and while summers can be hot and humid, the winters are mild which allows plenty of time to enjoy outdoor sports.

The downtown area and immediate suburbs of Fayetteville have access to free Razorback Transit bus system and the Ozark Regional Transit public bus service provides transportation to some towns in Northwest Arkansas for a single ride or monthly service for those who prefer to use public transit when available.   Parts of the metro area are bike friendly although due to the hills many people prefer scooters over bikes for daily commutes. Fayetteville ranked #10 in the Best U.S. Cities for Bikes by the PeopleForBikes third annual rating of best cities for bicycling.

The city is promoting installation and maintenance of naturalistic landscapes as part of its conservation efforts since naturalistic landscapes reduce maintenance, often eliminate the need for synthetic pesticides, fertilizers and other pollutants which conserves water, soil and other elements of the natural ecosystem.   In addition, Fayetteville has an incentive recycling program. Fayetteville is one of the most progressive cities in the state with regards to city programs focused on improving the environment which benefits everyone.

Come checkout Fayetteville to see why it’s received so many national awards in the list of the best places to live and raise a family.

Commute usually only takes 20-30 minutes to Bentonville, Fayetteville, Rogers and Springdale. Some of the world’s largest companies are located in these cities. A couple of examples of some of these companies include Walmart, JB Hunt, and Tyson Foods corporate headquarters.

If you are relocating, buying in, living in, or moving to within the heart of Northwest Arkansas, I highly recommend you taking a look at this relocation guide to help with your move.

If you’re interested in buying or selling real estate in Northwest Arkansas, contact me, Cheryl Barton, for more information at [email protected] 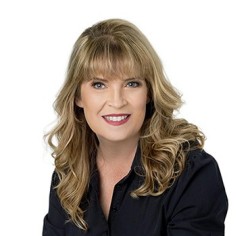